The "Mauthausen Cycle" also known as the "Mauthausen Cantata", is a cycle of four arias with lyrics based on poems written by Greek poet Iakovos Kambanellis, a Mauthausen concentration camp survivor, and music written by Greek composer Mikis Theodorakis. It has been described as the "most beautiful musical work ever written about the Holocaust", and as "an exquisite, haunting and passionate melody that moves Kambanellis' affecting words to an even higher level". In May 1988, the world premiere of the "Trilogy" at the Mauthausen concentration camp in Austria was attended by then Austrian chancellor Franz Vranitzky and tens of thousands of Europeans. Rob Goorhuis made an arrangement of this Cantate for mixed choir and wind orchestra. 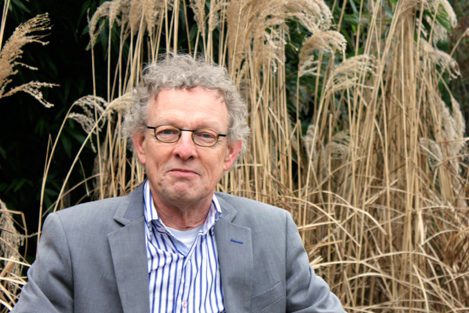 Rob Goorhuis was born at Amsterdam. He studied Piano, Organ, Choir and Orchestra Conducting and as main subject Music Theory at the conservatories of Utrecht, Arnhem and Tilburg. For many years he was active as a conductor and instrumentalist. Among conducting various choirs and orchestras he participated in numerous radio and television broadcasts in the Netherlands and abroad. He also conducted for a few years the Utrecht Accompaniment Orchestra, which ensemble played in concerts trough-out the country. As organ and harpsichord player he performed not only in the entire Netherlands, but also in Belgium, France, Italy, Germany and Poland. He participated in the permanent ensembles Dialogo Musicale and Ensemble Sanssouci. He gave special concerts with Dialogo Musicale at the Festival of Ancient Music in Utrecht and with the Hannover Knabenchor at the Walloon Festival in Liège On behalf of the Westdeutsche Rundfunk he played parts of the Buxheim Orgelbuch. He made international tours with the Utrecht Students Choir and served for a number of years as the regular organ and harpsichord player of the Utrecht Barock Consort. As a member of the Jury he also participates during concert contests of wind orchestras and choirs. Apart from regular national competitions he has judged at the Eidgenössisches Musikfest in Fribourg, Lucerne and St. Gallen, the National Dutch Brass Band Championships in Zutphen and Groningen, the Swiss Open Contest and the World Band Festival in Lucerne, Switzerland, the EBBC in Oostende, Euro Brass and the German National Brass Band Championships. In 2006 Rob Goorhuis became a Knight of the Order of Orange-Nassau. As from 1977 Rob Goorhuis has focused himself more and more on composing. Wind music and Vocal music take a prominent role in his composing activities. Many compositions have appeared with various publishers. See the list of compositions. Rob Goorhuis is to the Dutch National Youth Fanfare Band.