Symphony for wind band in 4 movements for a total of 50 minutes of pure music.

Although every movement has a suggestive title, evoking an skill of the commissioning band, the piece is completely non programmatic. Built in a solid classical construction, using clear structures and harmonies , yet idiomatically rather modern, without searching for extra-musical effects. This symphony got its premiere on may 27 2017 in Novo Mesto, Slovenia, by Pihalni Orkestr KRKA, conducted by Matevz Novak. 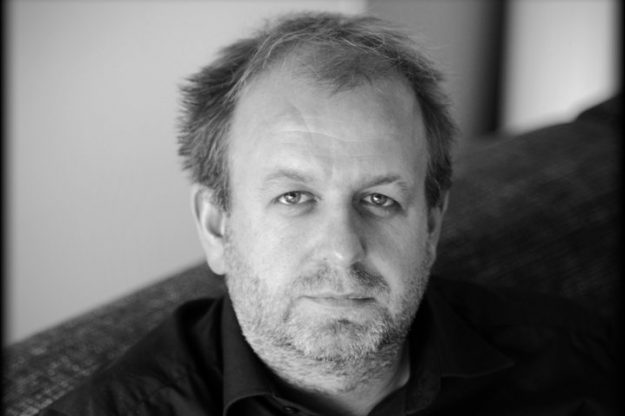 Bart Picqueur (°1972) studied at the conservatories of Ghent (be) and Tilburg (nl), obtaining master degrees in music theory, conducting and clarinet, as well as a pedagogical diploma. Among his teachers: Freddy Arteel, Dirk Brossé, Fabrice Bollon, and most recently Hardy Mertens. He currently dedicates his time to composing, conducting, and teaching conducting. His main working field is the symphonic wind orchestra. Along his career however he made several side steps into theatre music, a rock band called wonderbrass aweful powerband and many other entertainment forms. His works have been performed and recorded by world class orchestras such as the Royal band of the Belgian Guides, Osaka Municipal Band, The Sächsische bläserakademie, The Royal Military Band of the Netherlands etc. A more detailed list of recordings and performances will soon be published on this site. (in the downloadable portfolio) Bart Picqueur is principal conductor of the “Koninklijke Harmonie Ste. Cecilia Zele” (his hometown band in which he musically grew up) and is frequently asked guest conductor and lecturer both in Belgium and abroad. download complete portfolio http://www.minorscalemusic.be/wp-content/uploads/2016/09/portfolio-english-9-2016-web.pdf