In today's society, there seems to be a lot of discussion about what makes us all different. Whether it be our beliefs, actions, appearance, or any number of other things, I think it too easy to separate us all into groups, thus fostering the possibility of conflict between those groups. It seems nobody wants to concentrate on what makes us similar, and while the work isn't programmatic, that is the focus of this piece. Each movement represents something common to all humanity, no matter where you're from, what you believe, or how you act, and I believe it's those similarities that define humanity: not our differences. So to that end, the first movement is about birth and love. Everyone experiences those two things at some point in their lives, and while their definitions are open to a myriad of interpretations, we all have them in common. The second movement is about human folly, or perhaps some type of loss of innocence. In short, we all do things we regret, and at some point in our lives, some aspect of our innocence (which again can be defined in many ways) is destroyed, which is why that particular movement involves the most frustratingly naïve melody I could invent, and ways in which it can be taken apart and destroyed (hence the title). The third movement is about belief and happiness. We all believe in something, whether that be spiritual, temporal, humanistic, material, idealistic, or any other categorization. The pursuit of that belief is how we spend the time we have here, and much like the movement which never really finds its tonic, it's not necessarily the fulfillment of that belief that makes us who we are: sometimes it's just the continued pursuit of it. Lastly, the final movement is about the betterment of ourselves, and perhaps of humanity. The fact is, humanity has no definition outside of what we make it. The good and the bad must necessarily be included in the definition. But hopefully at the end of our lives, we can look back on our time here and, having hopefully contributed something to the betterment of humanity, whisper a grateful “Alleluia.” 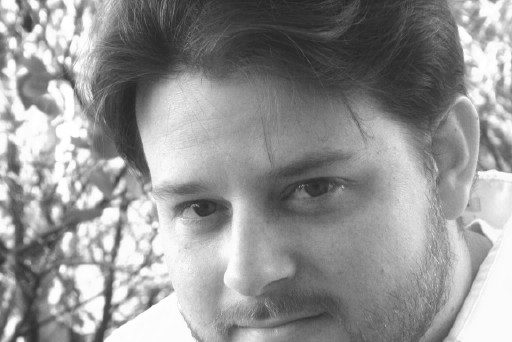 Brett Abigaña’s music has been performed throughout the world, and his music has been commissioned and performed by numerous performers including The United States Navy Band, flutist Hilary Abigana, ALEA III, The Afiara String Quartet, The Webster Trio, The Fourth Wall Ensemble, The United States Army Field Band and Soldiersʼ Chorus, and The Cape Cod Symphony Orchestra. He has gained a reputation for writing expressive, colorful music, and is much in demand as a guest lecturer, clinician, and conductor. Mr. Abigaña completed his Bachelor and Master of Music degrees at The Juilliard School where he studied with Samuel Adler and Robert Beaser, and received his Doctorate of Musical Arts from Boston University where he studied with Samuel Headrick and Richard Cornell. Other studies include composition, harmony, and counterpoint with Narcis Bonet, Michel Merlet, and Philip Lasser at La Schola Cantorum in Paris, as well as conducting with Judith Clurman, and ear training with Mary Anthony Cox. In 2011, Mr. Abigaña was commissioned by the United States Navy Band to write his Symphony no. 1 – Omnes Gentes. This work is written for wind band, antiphonal trumpets, soprano soloist, chorus, and organ, and was premiered in 2012 by the United States Navy Band under the direction of CAPT Brian Walden in Washington, D.C. Since then, the Navy Band has commissioned Mr. Abigaña again to write As The Wood Smoke Rises, for release on their 2014 album, Sea Interludes, and for premiere at the 2014 Midwest Band and Orchestra Clinic. In 2011, Mr. Abigaña had the honor of having one of his works for band, Petite Overture, named one of the top 11 pieces of 2009 by British conductor, educator, and wind band authority Tim Reynish, after it was premiered at the 2009 World Association of Symphonic Bands and Ensembles (WASBE) Convention in Cincinnati, OH. In 2015, Mr. Abigaña was commissioned by the World Youth Wind Orchestra to write his Symphony no. 2 – Commedia, which was premiered at the 2015 WASBE Convention in San Jose, CA. The piece is based on Dante’s Commedia. Mr. Abigaña is on faculty at Boston University Academy, and his large ensemble music is published by World Projects.

Symphony no. 2 - La Commedia
Masque of the Red Death